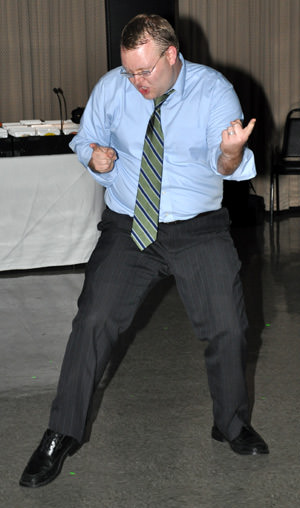 On Saturday we were at Cooper Hall in Saxonburg Pennsylvania. The event was a wedding reception for Mr & Mrs Fred & Becky Johnston. Fred & Becky currently reside in Spokane WA, but are originally from the area. Fred & Becky’s ceremony was held at 3:00 pm in Valencia. The reception started at 4:30 with guests enjoying the ever popular “Sephra Chocolate Fountain”. There were many delicious items available for dipping and a never ending supply of milk chocolate.

The bridal party arrived around 5:30 and I formally introduced them into the hall. From there, the best man gave a wonderful toast and pastor Nick Protos blessed the meal & the happy couple. Dinner was provided by LeFevre’s Catering and was served buffet style. Prior to the arrival of the guests, I coordinated all of the event details with John LeFevre and at that time I volunteered to personally release each of the table to the buffet. After releasing a few tables, I was called over to table #4. Apparently, the guests at table #4 had been text messaging back and forth with friends & relatives that were seated at table #14. The two tables were in competition with each other to see which table would get to go to the buffet first. In addition to both tables trying to have me release the other table last, there was also some playful ribbing going on between the two tables. 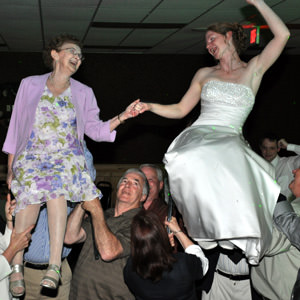 After about an hour of open dancing I was approached by someone from table #14 (who ended up going through the buffet last). Table #14 was challenging table #4 to a “dance contest”. A couple of songs later I invited both tables to the dance floor and at that time table #11 also decided to throw their hat in to the ring. So now we had 3 tables competing in a dance contest and the chosen song was “Paradise By The Dashboard Lights” by Meatloaf. After a couple of minutes, all 3 tables were doing pretty well, but none of them really stood out amongst the others. Then in an instant everything changed. Table #14 grabbed a chair, brought it to the dance floor and the next thing I know they had Grandma hoisted up in the chair in the middle of the dance floor. Not to be outdone, table #11 decided they would spice up their routine with some “body surfing” and table #4 got Becky into a chair and hoisted her up. At this point the dance floor looked like a cross between a “mosh pit” and a “Hora”. The excitement continued throughout all 8 minutes of “Paradise By The Dashboard Lights” until finally it was time to declare a winner. After careful deliberation I made the announcement that “The winner of the dance contest is… Table #14”.

The fun continued for the next couple of hours and the dance floor was packed all night long. The reception wrapped up at 10:30 pm and as the guests headed out for the evening, we once again congratulated table #14 for their victory at the dance contest. Table #14 gets to have that honor, until the next wedding. Hopefully we’ll be there for round 2! 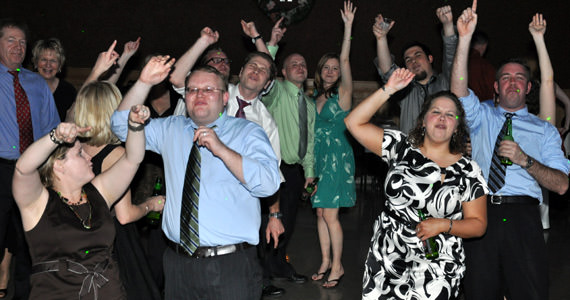 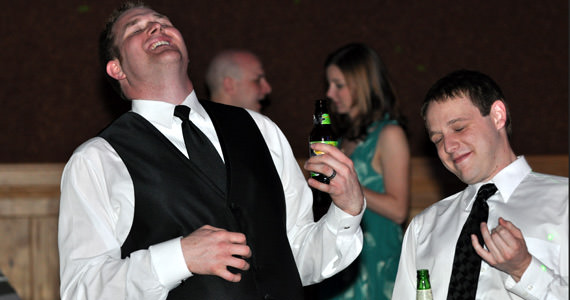 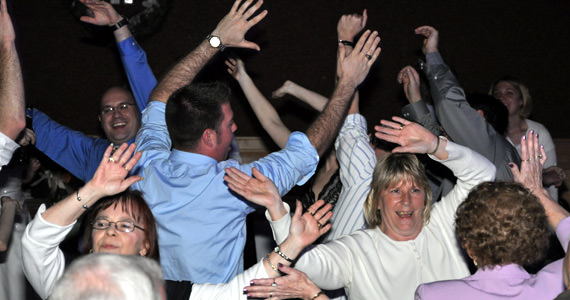 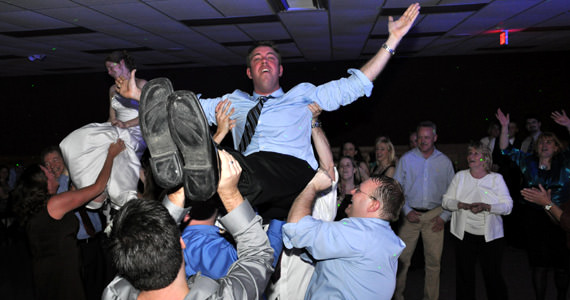 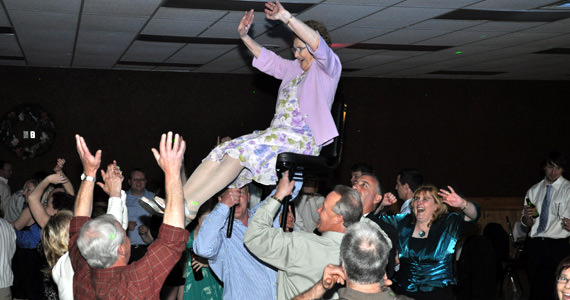 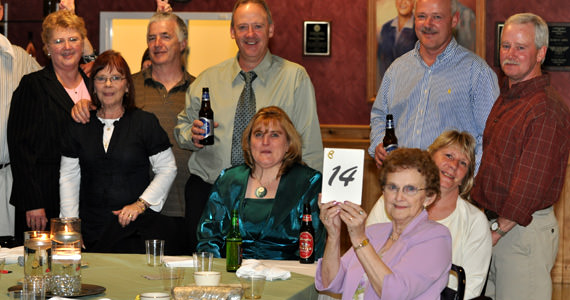 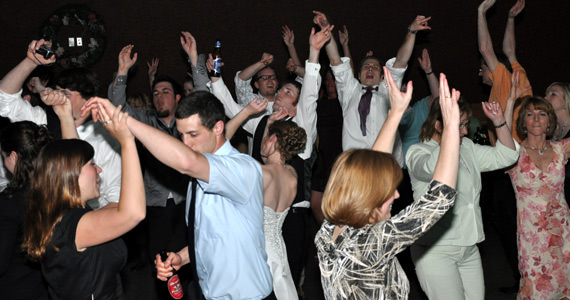 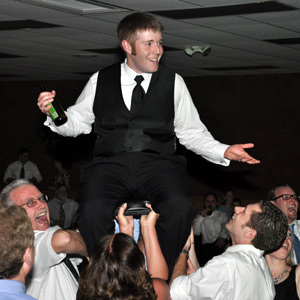 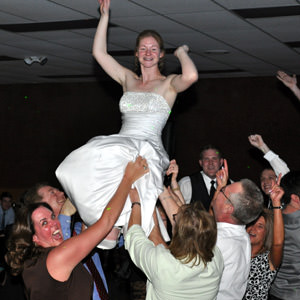 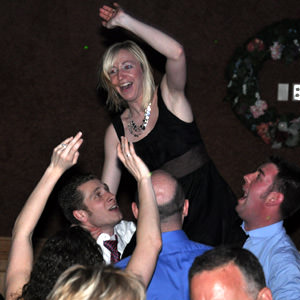 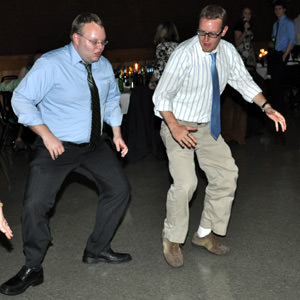 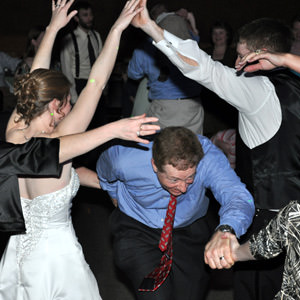 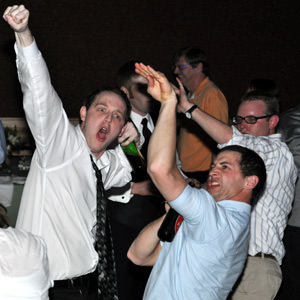