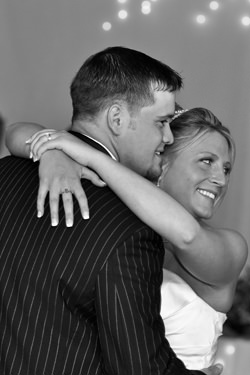 On Saturday we were at the Vagabond Center in Butler Pennsylvania. The event was a wedding reception for Stephen and Kerry Rome. Kerry and Stephen were married at 3:00 pm at the Zion United Methodist Church in Sarver PA. Guests began arriving at the Vagabond Center at 4:00 pm where they enjoyed cocktails and appetizers.

Shortly after 5:00 pm we formally introduced the bridal party to the song “Sharp Dressed Man” by ZZ Top. We then introduced the bride and groom to “Paradise City” by Guns N Roses. Immediately following the introductions, we invited the newlyweds to share in their first dance together as husband and wife to “My Kind Of Woman / My Kind Of Man” by Vince Gill & Patty Lovelace. Next, toasts were given by the best man Jason Gallagher and matron of honor Cara Roenigk, followed by a blessing over the meal from the grandfather of the groom Mr. Bill Rome.

Dinner was prepared by the staff at the Vagabond Center and was served buffet style. Fortunately, the Vagabond Center is accustomed to feeding large numbers of guests very quickly and this event was no exception. By operating 6 buffet lines, they were able to feed over 400 guests in less than 60 minutes.

After dinner, Kerry & Stephen cut their wedding cake to “Signed, Sealed, Delivered” by Stevie Wonder. They then shared in a dance with the bridal party to “We Rode In Trucks” by Luke Brian. Next, Kerry requested a special dance with her father Mr. Scott Callen to “Smokey Mountain Rain” by Ronnie Milsap and Stephen danced with his mother Mrs. Margie Rome to “I Hope You Dance” by Lee Ann Womack.

Through out the remainder of the evening guests danced to a wide assortment of music from artists like Trick Pony, Bret Michaels, Def Leppard, AC DC, Big & Rich and more. Shortly after 11:00 pm we invited everyone to share in the last dance of the evening to “Friends In Low Places” by Garth Brooks. 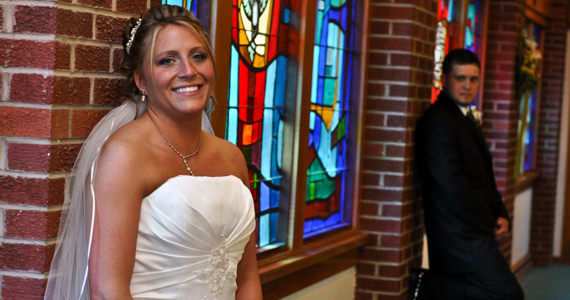 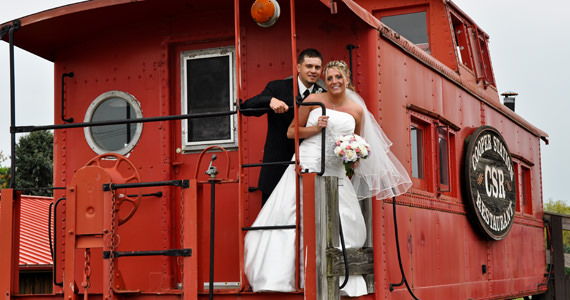 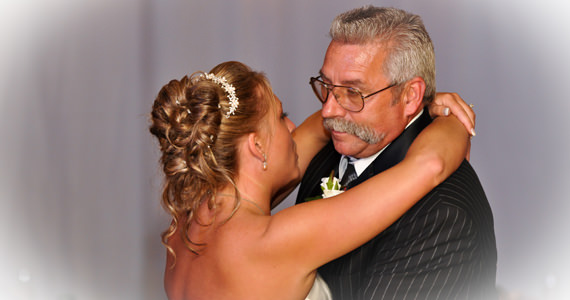 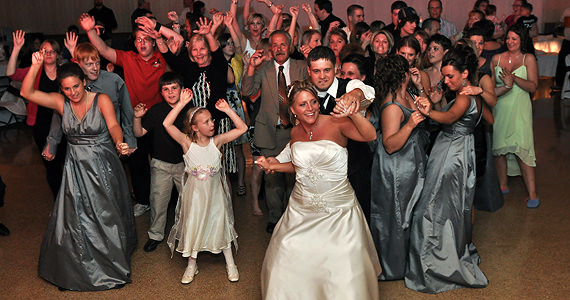