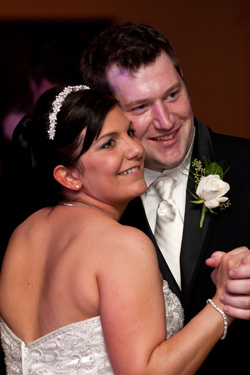 On Friday we were at the Twelve Oaks Mansion in Mars PA. The event was a wedding reception for Robert and Shawna Ricker. Rob and Shawna were married at 4:00 pm at the St. Michael’s Catholic Church on Center Avenue in Butler PA.

Guests began arriving at Twelve Oaks Mansion around 5:30 pm, where they enjoyed cocktails and appetizers. During the cocktail hour, guests watched a photo montage that we created for Shawna and Rob. The photo montage played throughout the remainder of the evening, on the three L.C.D televisions located in the cocktail area.

The bridal party arrived shortly after 6:30 pm in a large tour bus, which was provided by a friend of the bride, Mr. Butch Kaylor. Prior to the introductions, the bridal party went out to the gazebo for photographs. At 6:45 pm, we formally introduced the bridal party to “Let’s Get It Started” by Black Eyed Peas. We then introduced Rob and Shawna to “Another One Bites The Dust” by Queen.

After the introductions, Shawna and Rob played the Newlywed Game prior to cutting the cake. For the cake cutting, they chose the song “Sugar, Sugar” by The Archies. Dinner began with the wait staff from Twelve Oaks Mansion serving salads. Guests were then released to the food stations which were setup in “The Library”.

After dinner Shawna and Rob shared in their first dance as husband and wife to “Lucky” by Jason Mraz & Colbie Caillat. They then danced with the bridal party to “Lean On Me” by Michael Bolton. Next, Shawna danced with her father Mr. Steven Grossi and Rob danced with his mother Mrs. Rhonda Ricker to “The Way You Look Tonight” by Frank Sinatra. Shawna had also requested a special dance with her son Mr. Brandon Nixon to “My Wish” by Rascal Flatts.

Throughout the remainder of the evening, guests danced to music by Beyonce, Pitbull, Kid Rock, Bryan Adams and more. The event wrapped up at 11:30 pm as we invited the guests to share in the last dance of the evening to “Closing Time” by Semisonic. 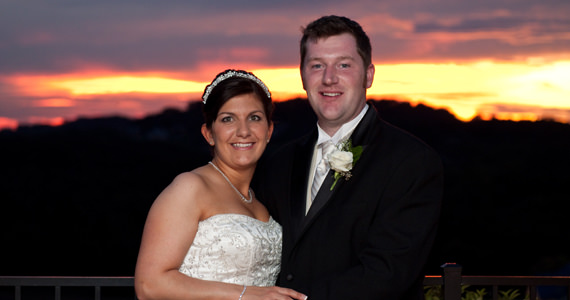 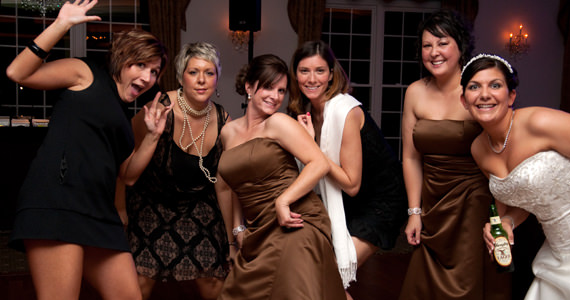 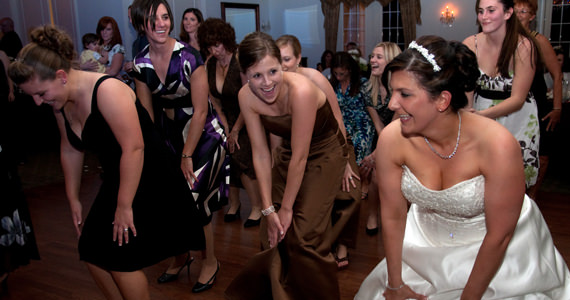 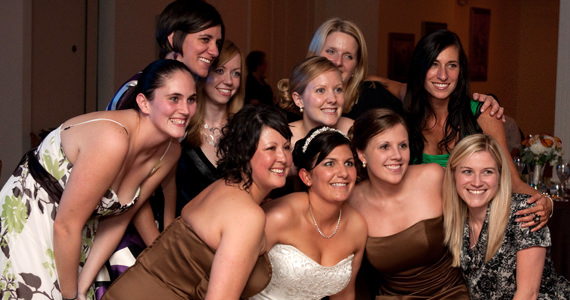