At 6:30 pm we formally introduced the bridal party into the ballroom and then Marchelle and Jason cut their wedding cake prior to dinner. Dinner was prepared by the culinary staff at Sausalido Custom Catering from Bloomfield PA and was served buffet style.

After dinner, Marchelle and Jason shared in their first dance together as husband and wife to the song This Is It by Scotty McCreery. Next, Marchelle danced with her father and Jason danced with his 2 sisters before we opened up the dance floor. Throughout the remainder of the evening, guests danced to the sounds of DJ Pifemaster until the wedding reception ended at 10:30 pm.

Here is the music that Marchelle and Jason chose for each of the formal events: 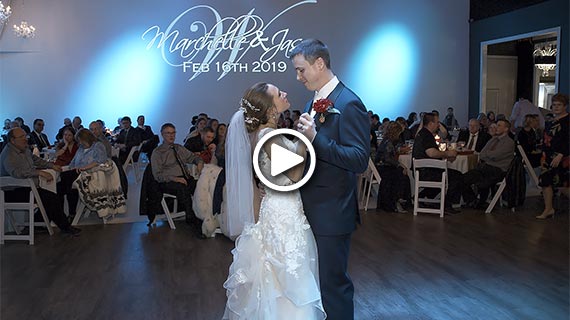