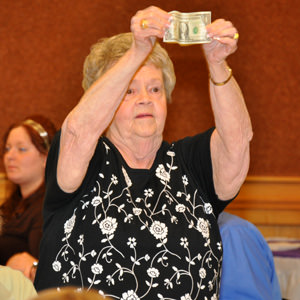 On Saturday we returned once again to Cooper Hall in Saxonburg Pennsylvania. This time our wedding clients were David & Brenda Snyder who are originally from the Saxonburg area. The day started off with David and Brenda arriving in an old Model T Ford that belonged to Brenda’s grandfather. Once they arrived, they had picture’s taken in the many amazing areas that surround Cooper Hall.

After we introduced the bridal party, Dave & Brenda played The Newlywed Game and everyone enjoyed a wonderful meal provided by Fairground Market. At the end of dinner, all of the guests participated in one of our favorite centerpiece giveaway contests called “Pass The Buck”.

During the planning process, Dave and Brenda chose to include several crowd participation activities. They wanted a very interactive event and wanted everyone to have a good time. Shortly after starting open dancing, we invited Rich Wells, Floyd Angert, Dave Weyand, Steve Tuzikow, Steve Green and Randy Burke to the dance floor where they led the guests through the YMCA. A little while later, Jacob and four of his buddies were secretly outfitted in large Afros, plaid sport coats & dark sunglasses. They were then introduced in to the hall as “The Five Pimps” as they danced to “Play That Funky Music White Boy” by Wild Cherry. These guys had ALL the ladies wanting more. After the song ended, everyone wanted their picture taken with the infamous Five Pimps.

Through out the rest of the evening there were plenty of other highlights, such as a huge Conga line led by 2 guests that we outfitted in sombreros, multicolored conga sleeves and maracas. Guests also participated in a Limbo contest and several different line dances. At one point in the evening everyone surrounded the dance floor as the Ring Bearer Austin Miller sang along to “International Harvester” by Craig Morgan.

The reception lasted a little over 6 hours at which time David and Brenda chose to end their night with their last dance to “Goodnight Sweetheart” by The Platters. 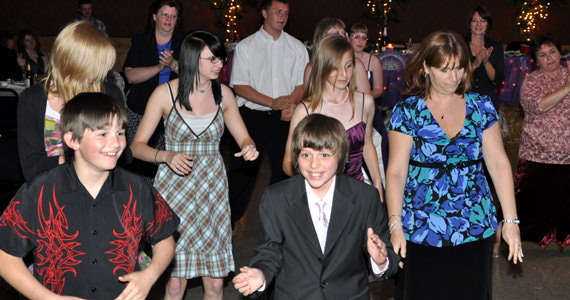 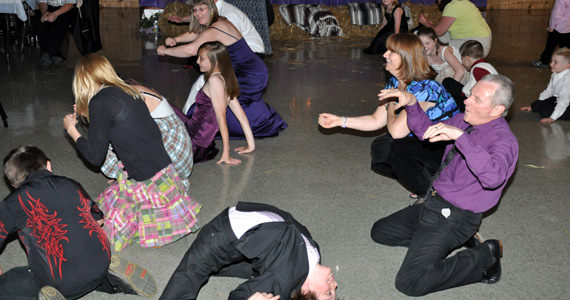 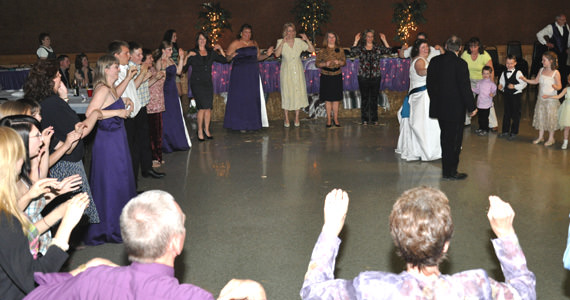 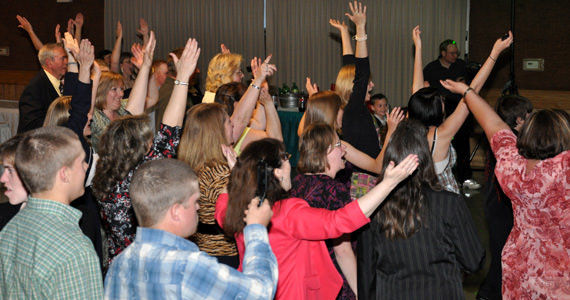 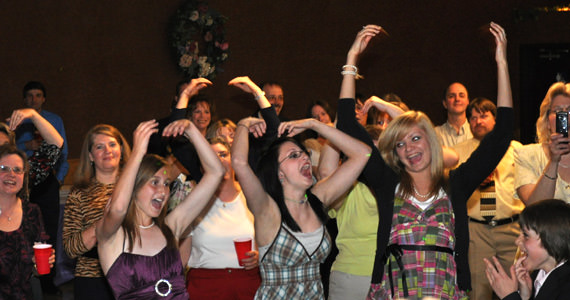 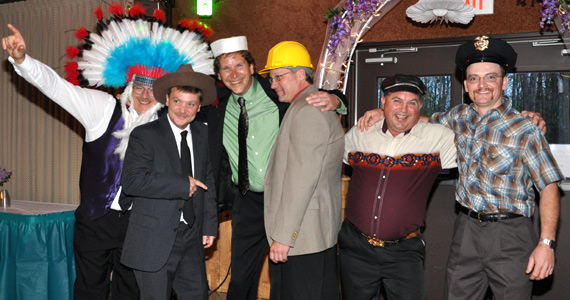 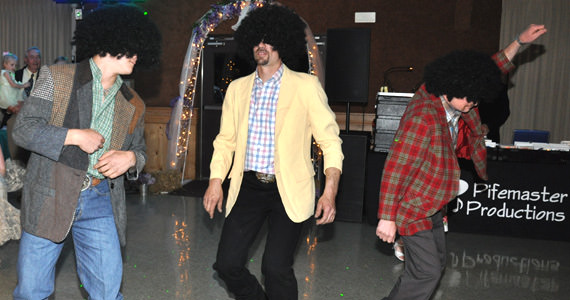 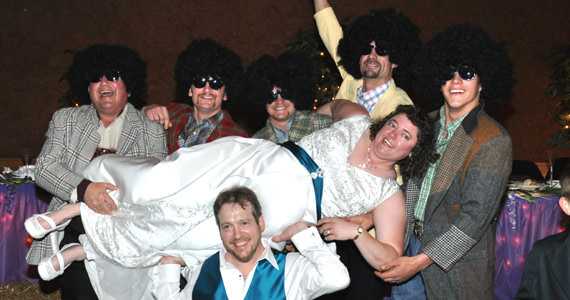 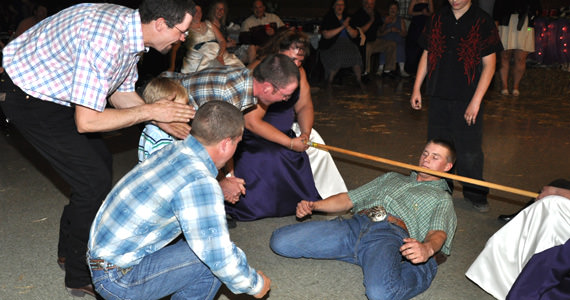 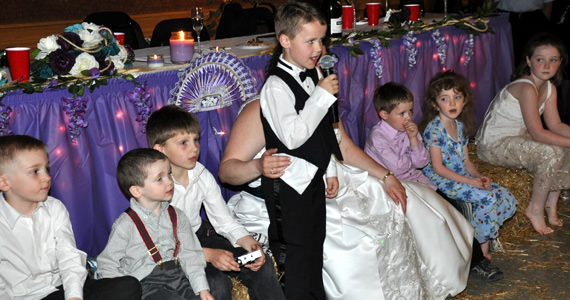