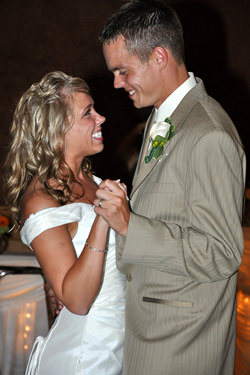 Cara and Adam where married at 3:00 pm, in a beautiful wedding ceremony at St. Paul’s Evangelical Lutheran Church in Sarver PA.

Guests began to arrive at Copper Hall at 4:00 pm where they enjoyed cocktails and appetizers as they awaited the arrival of the bride & groom. Adam, Cara and the Bridal Party all arrived shortly after 5:00 pm in a large motor coach. Prior to being introduced, Adam & Cara made a brief stop at the adjoining Saxonburg Park for a few photographs.

The parents and bridal party were formally introduced to “Walk This Way” by Aerosmith. We then introduced Adam and Cara to “Another One Bites The Dust” by Queen. After the introductions we invited Cara and Adam to the center of dance floor, where they played “The Newlywed Game”. The Newlywed Game has been a huge hit with brides, grooms and guests, every time we have included it in a wedding reception.

We then invited Adam and Cara to cut the cake. For the cake cutting, they chose the song “Hungry Eyes” by Eric Carmen. At first it seemed as though they were going to play nice, but they couldn’t resist just a little cake smashing. 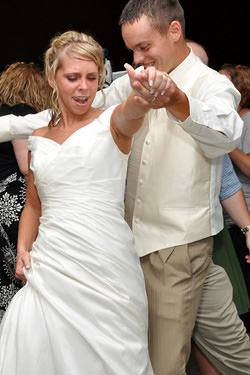 Dinner was prepared by The Chef and I Catering Service and was served buffet style. The meal included ham, chicken, green beans with almonds, scallop potatoes, and penne noodles in a garlic sauce with broccoli, squash and zucchini. We have worked with The Chef and I Catering several times through the years and they have always provided wonderful service and delicious food.

After dinner Adam and Cara shared in their first dance as husband and wife to “Bring It Home To Me” by Little Bigtown. Next, Cara had requested a special dance with her father Mr. Bradley Isanogle to the live version of “Landslide” by Fleetwood Mac. Adam then shared in a dance with his mother Mrs. Bobbie Roenigk to the song “Through The Years” by Kenny Rogers.

Open dancing offered a mix of music from country, to classic rock, to current top 40. In addition to taking requests from the guests, Adam & Cara had provided us with a request list including several “Line Dances”. A few of the songs guests did line dances to were “Boot Scootin Boogie” by Brooks & Dunn, “Watermelon Crawl” by Track Byrd, “Copperhead Road” by Steve Earle, and “Strokin” by Clarence Carter. The dance floor was packed the entire night and the party didn’t end until 11:00 PM (yes… that’s another 7 hour reception for those of you that are counting). At that time we invited Adam and Cara to share in the last dance of the evening to “Wonderful Tonight” by Eric Clapton.

At the end of the evening Adam’s aunt Mrs. Jeanne Roenigk provided safe transportation for the bridal party and guests. Jeanne Roenigk owns W.L. Roenigk, Inc. located in Etna PA and provided a large motor coach to transport anyone who needed a ride home, or to the hotel. We would like to wish Adam & Cara the very best! 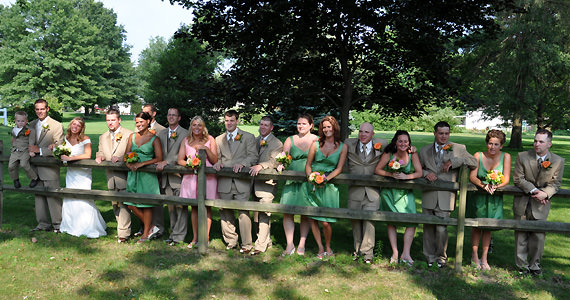 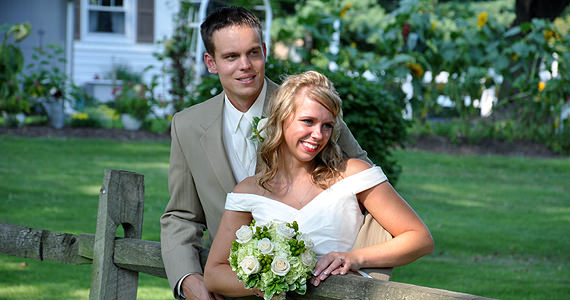 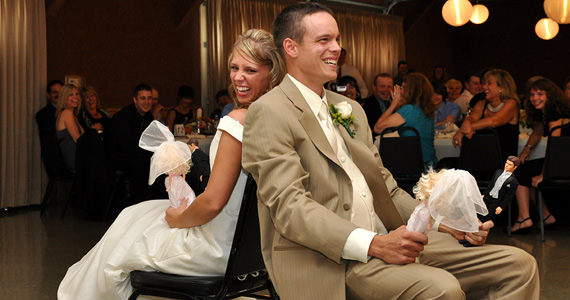 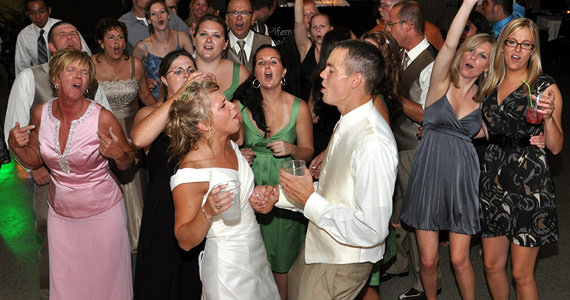 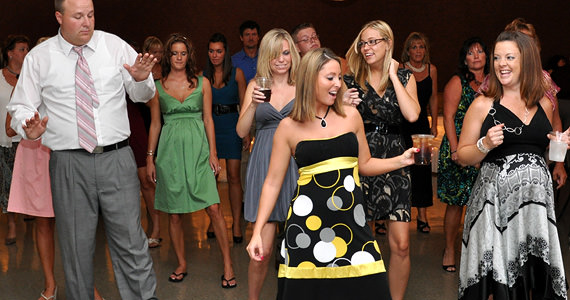 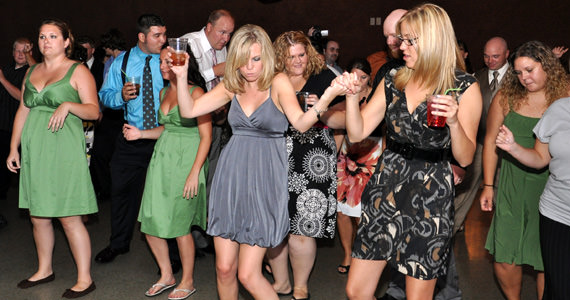 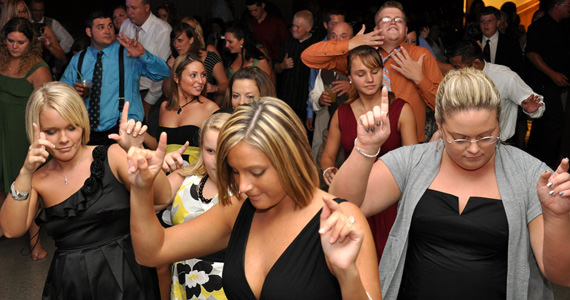 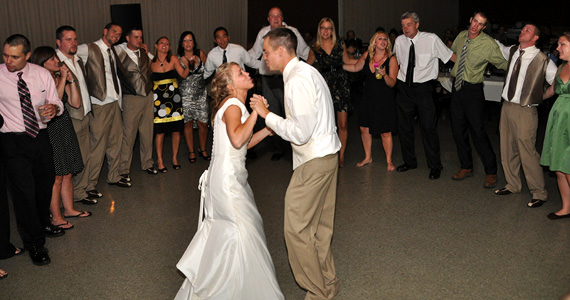 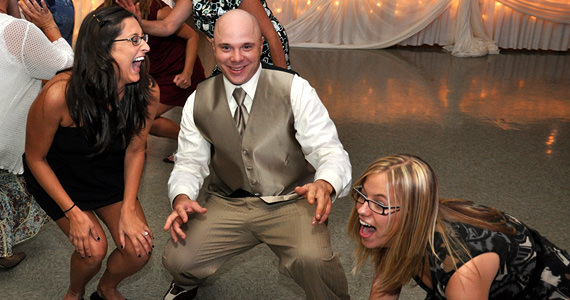 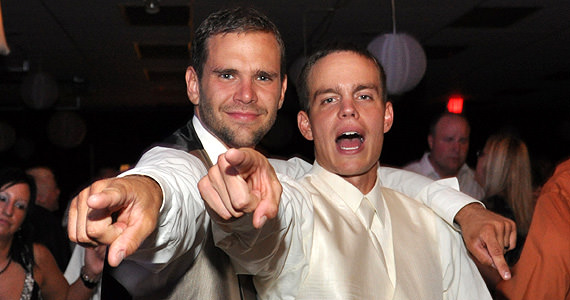 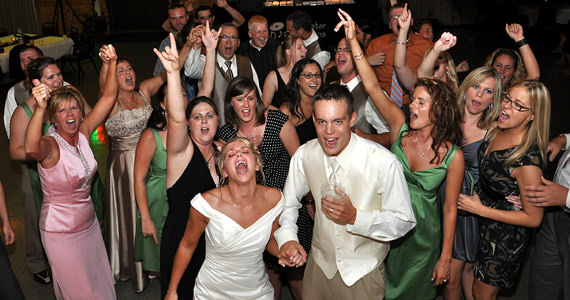 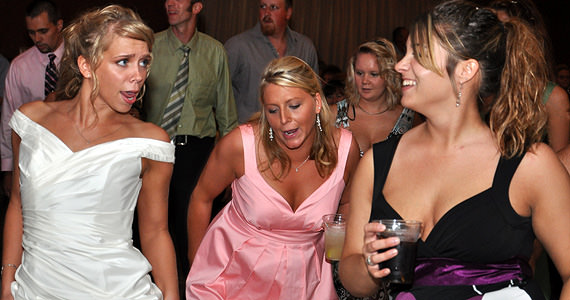 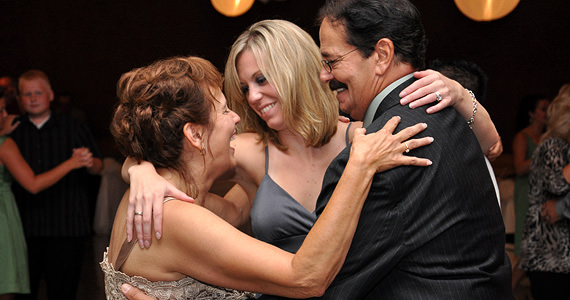 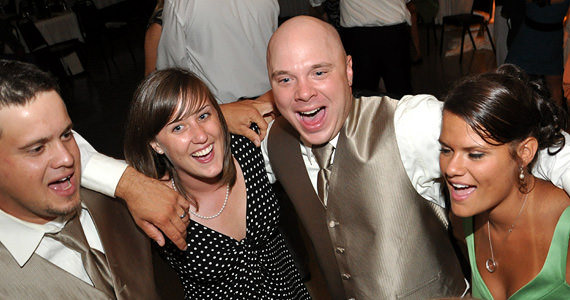 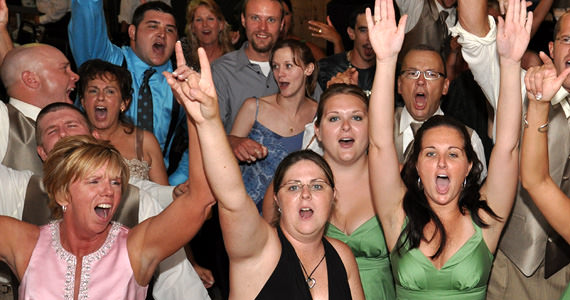 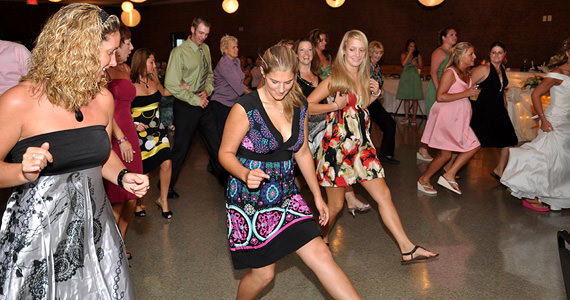 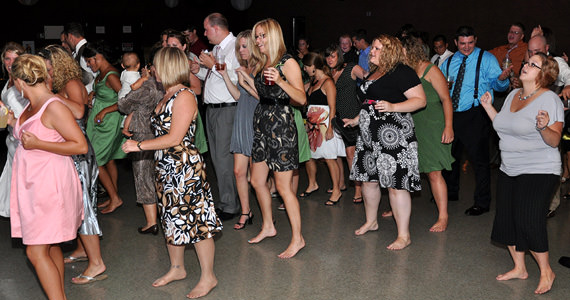 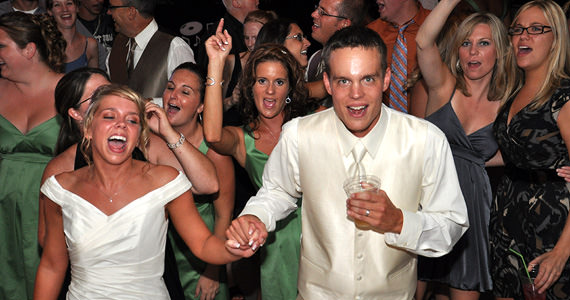 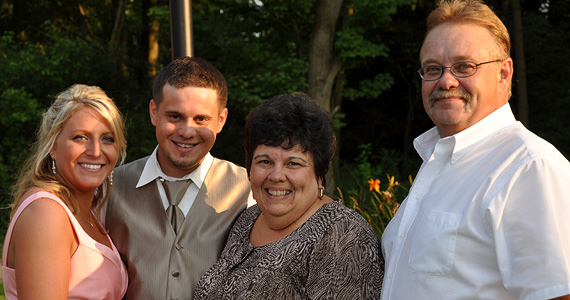 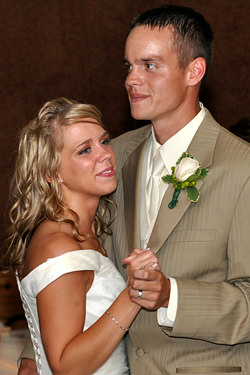 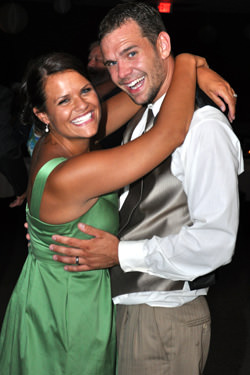 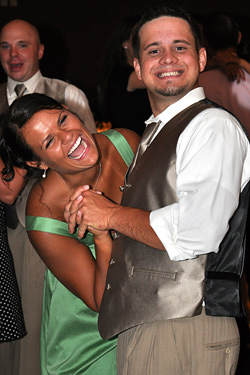 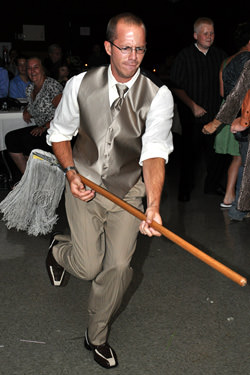