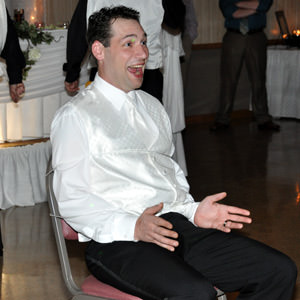 On Saturday we were at the Butler Vagabonds Center in Lyndora, PA. The event was a wedding reception for Jennifer Dimit & Christopher Balldacci. Jen & Chris have been to a couple of weddings that I have done in the past and a few of their guests have us booked for upcoming weddings.

Jen owns a dance studio in Butler and loves to dance. During the planning process, Jen indicated that they were looking for a very “interactive” event and they wanted all of the guests on the dance floor, having a good time.

On the day of the event, guests began arriving at the Vagabonds Center around 4:00 pm. Then at 5:15 pm Jen & Chris, along with the best man & maid of honor, arrived in a horse drawn carriage. Although it was a little chilly that day, the weather allowed for a nice trip from the First United Methodist Church on Main Street in Butler, where the ceremony was held.

After the introduction of the Parents and Bridal Party, Jen & Chris played the “Newlywed Game” before dinner. After dinner the Bride & Groom shared in their first dance as husband and wife and then danced with the bridal party.

Until this point, the day had progressed just like a typical wedding reception. But that was all about to change. Open dancing started off with us handing out “Terrible Towels” to the bride & groom and bridal party. You see, Jen & Chris met at a Steeler party and they wanted to kick off this party “Black & Gold Style”. As the rest of the guests came out to the dance floor, we started things off with a couple of Pittsburgh Steeler fight songs and then transitioned into some open dancing. 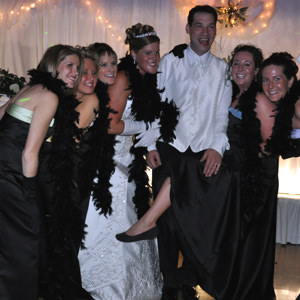 Open dancing held many surprises for the guests. As I mentioned earlier, Jen owns a dance studio in Butler. So, her and the bridesmaids had choreographed a surprise dance routine just for Chris. This started off with the best man & groomsmen tying Chris to a chair in the middle of the dance floor. From there, I introduced the “World Famous Group of Dancing Girls”. We had Kinky Colby – Naughty Noel – Sexy Stephanie – Luscious Lisa – Delicious De Lynn – and the Superstar of the show, Juicy Jenny! The girls then performed about a 6 minute dance routine for Chris which was very entertaining.

A short while later, Jen & Cris led all of the guests in a “Train” while outfitted as a “Princess” and a “WWE Wrestler”. As guest came up to get in line for the train, they were each given a different hat. Jen & Chris had provided several boxes of hats which Jen had obtained through her dance studio. There were all types of hats: cowboy hats, top hats, Hawaiian hats, bunny ears, farm animals, fuzzy hats and more. From there, guests formed a large circle around the outside of the dance floor. We then invited guests to the center of the dance floor by hat type, to show off their “Moves”.

The wedding reception continued until 11:00 pm that evening (That’s 7 hours if you do the math) and the dance floor was full for every minute. As you can see from the pictures… All OF THE GUESTS HAD A BLAST! 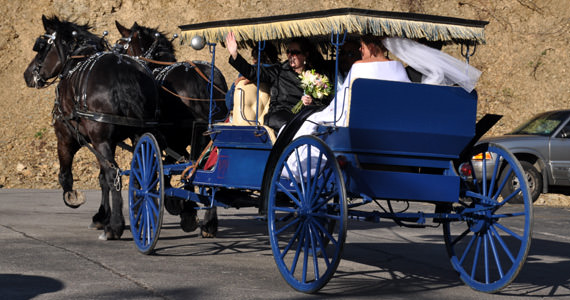 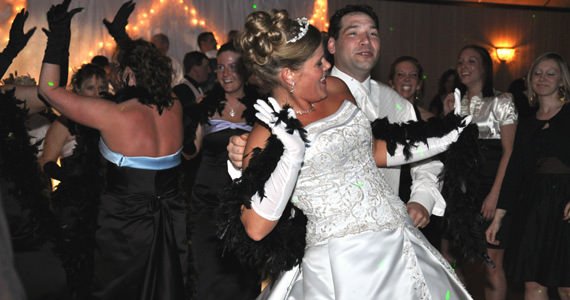 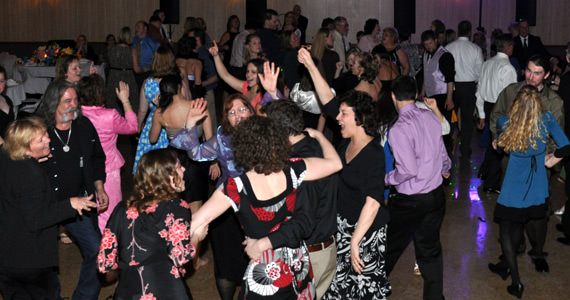 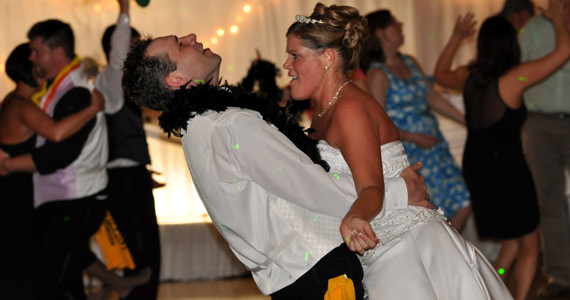 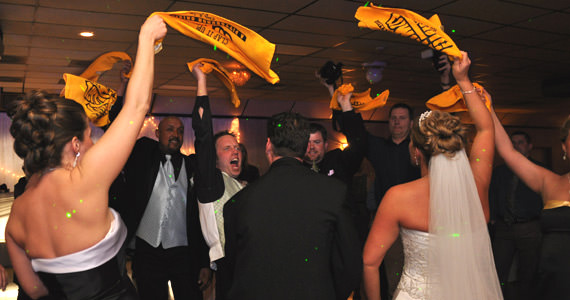 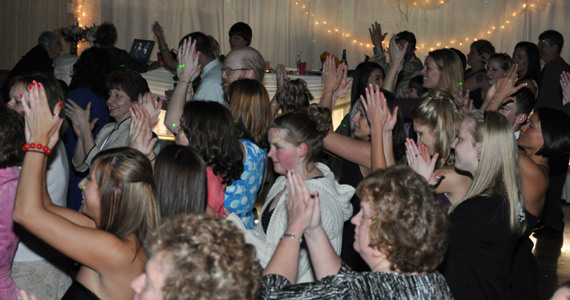 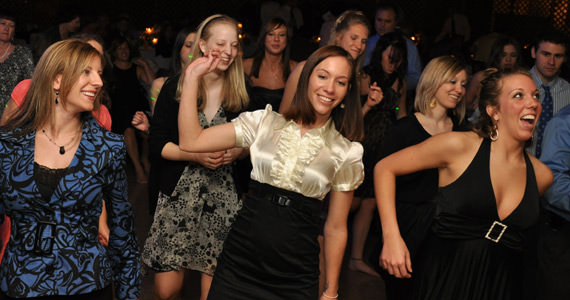 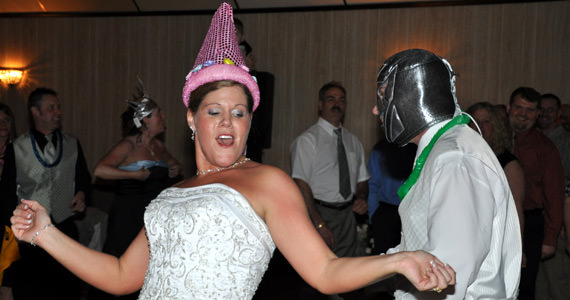 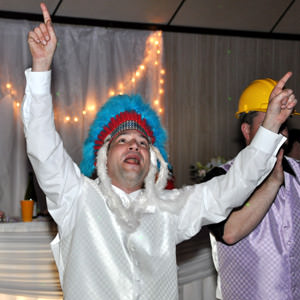 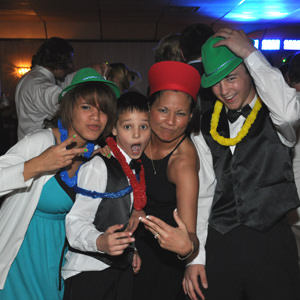