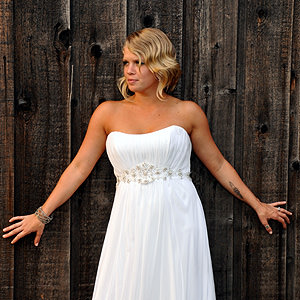 On Saturday we were at the Alyson Anne Barn at Armstrong Farms in Saxonburg PA. The event was a wedding ceremony and wedding reception for Stephen and Sara Buzard.

I have known Sara and her parents Dan & Cindy Kohler for many years and was delighted when they contacted me back in September about being the DJ for Sara’s wedding. When Sara had originally contacted me, they were considering a banquet facility up in Knox PA. After they described the type of banquet hall they were looking for, I suggested they look at Armstrong Farms in Saxonburg. I have performed at Armstrong Farms several times over the years and highly recommend it to anyone looking for a unique location to hold their wedding ceremony & wedding reception. 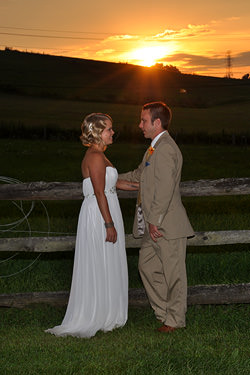 At the conclusion of the wedding ceremony; Sara, Steve and both sets of parents held a receiving line. It was at this time that Sara’s parents Dan & Cindy Kohler had arranged for a surprise. Dan & Cindy Kohler own Kohler Tree Service in West Sunbury PA and one of their employees is active with wildlife rescue. They had arranged to have 2 rehabilitated Falcons (1 male and 1 female) released back into the wild. After allowing Sara & Stephen each to touch the birds, the 2 Falcons were released as guests applauded.

Guests then proceeded to the Alyson Anne Barn where they enjoyed appetizers and cocktails. The bartenders for this event were our good friends Fred Johnson and Amy Spangler from Butler Bartenders. You may recall seeing photographs of Amy in our Blog post from last Friday’s wedding for James and Julie Fry. Amy was a guest at that wedding and is in several photos on our website.

After the bridal party was done taking photographs, we formally introduced them into the hall. Sara & Stephen then cut the cake to “How Sweet It Is” by James Taylor. The best man Mr. Stephen Gibson gave an absolutely hilarious toast, followed by an emotional toast by the maid of honor Miss Julie Szmyd. Dinner was then served buffet style.

After dinner, Sara & Steve shared in their first dance together as husband and wife to “Hard To Concentrate” by Red Hot Chili Peppers. They then danced with the bridal party to “She’s Like The Wind” by Patrick Swayze. After the bridal party dance, we invited Sara to dance with her father Mr. Dan Kohler. During the planning process, Sara indicated that she wanted to do something funny at the beginning of the father daughter dance. She asked me play just a moment of “Sharp Dressed Man” by ZZ Top before switching to the actual song that they would dance to, which was “Wildflowers” by Tom Petty. This got a huge laugh from the guests. Stephen then danced with his mother Mrs. Gail Buzard to “What A Wonderful World” by Louis Armstrong.

Throughout the rest of the evening, guests danced to songs by Michael Jackson, AC DC, Keith Urban, Beyonce and more. Because of the rural setting of Armstrong Farms, the music must stop by 11:00 pm. So even though no one wanted to quit dancing, shortly before 11:00 pm we invited all of the guests to share in the last dance of the evening to Day-O by Harry Belafonte. Sara & Steve then invited anyone that wanted to stick around, to join them at a bonfire just a few hundred yards from the Alyson Anne barn. We would like to wish Sara & Steve the very best of luck! 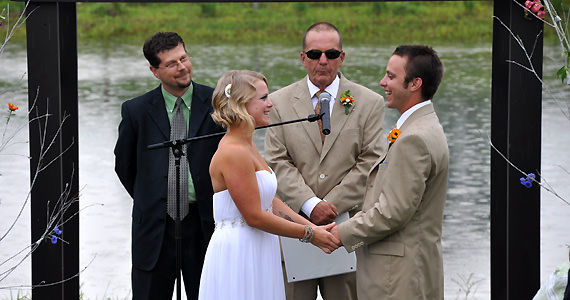 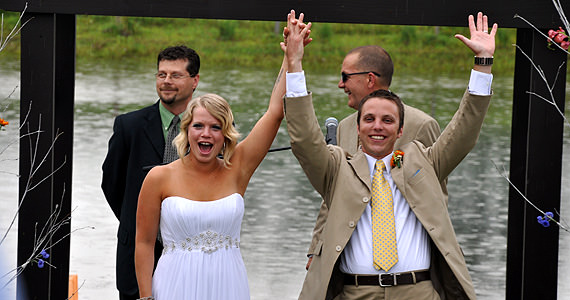 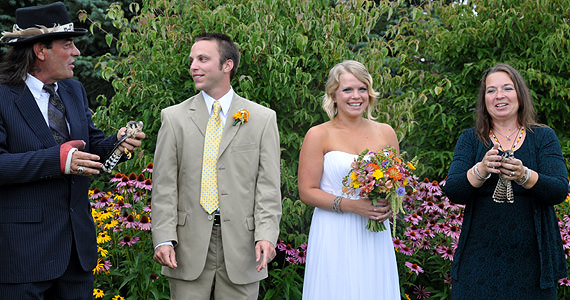 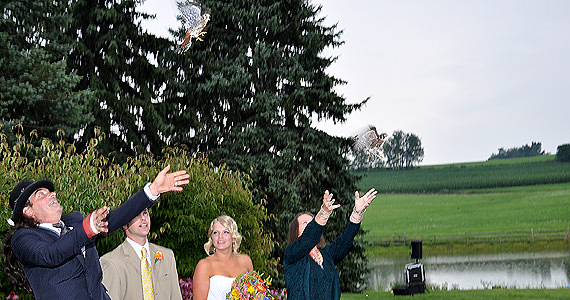 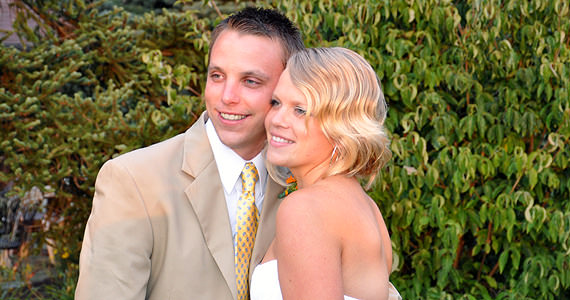 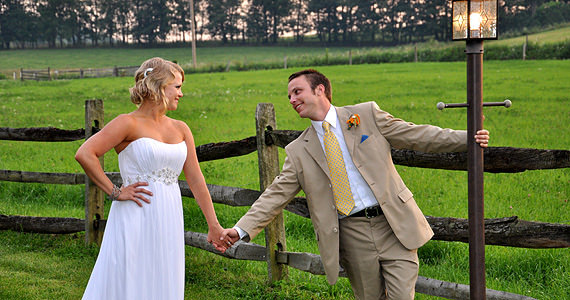 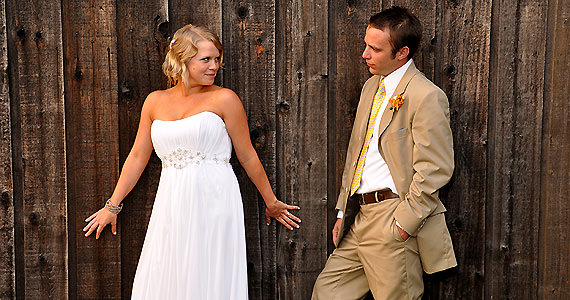 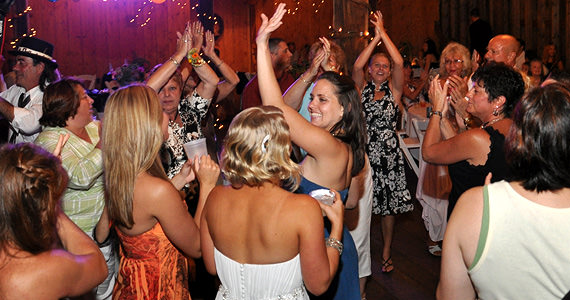 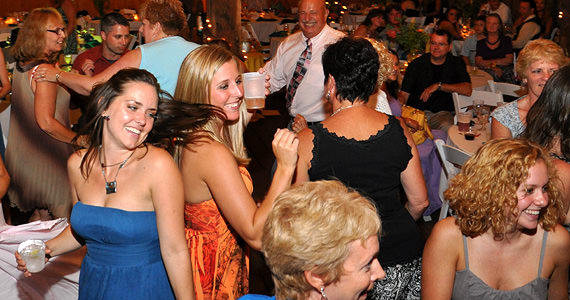 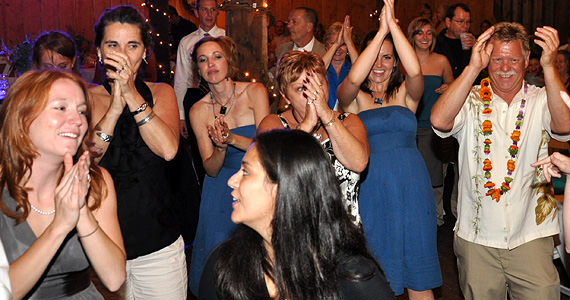 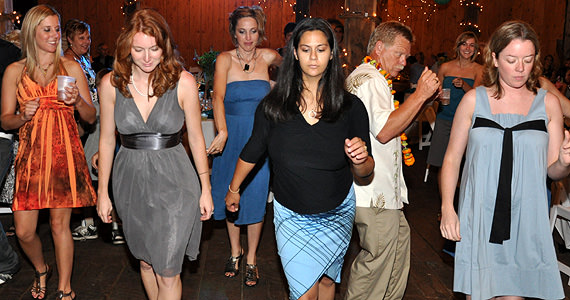 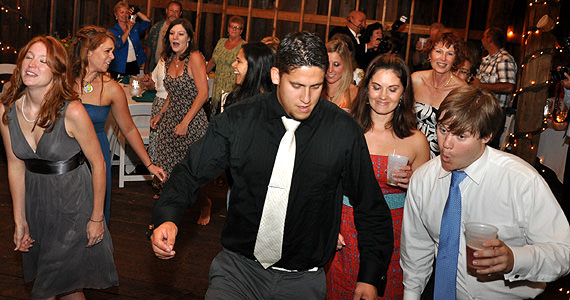 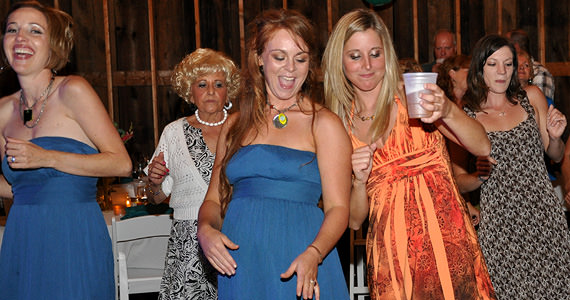 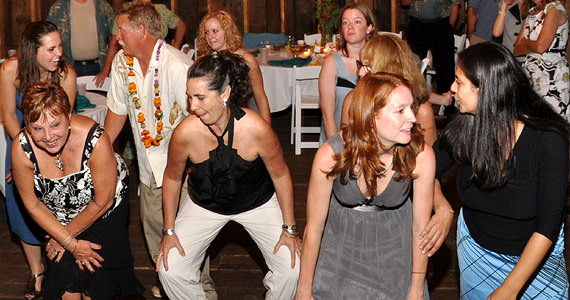 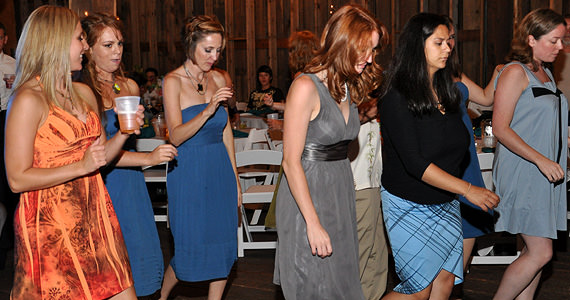 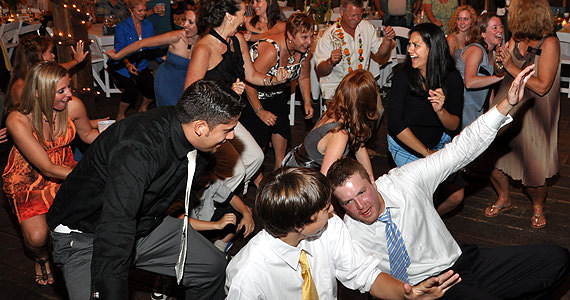